For more than 25 years, Schubert has been continuously increasing its market share in North America by providing end-of-line automation with over 300 TLM packaging machines. Close to 90 percent of the world’s major manufacturers of fast-moving consumer goods (FMCG) are among our customers. All over the North American continent, Schubert TLM packaging machines package products of all kinds and from all industries – ranging from food, confectionery, dairy and baked goods, through to beverages, pharmaceuticals, cosmetics and other non-food items – in trays, cartons, boxes, bottles, tubes or flow-wrap bags. 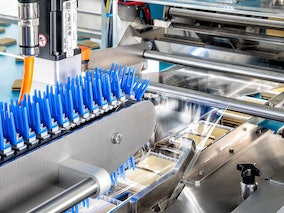 See the Wrapping Equipment page on this company's website. 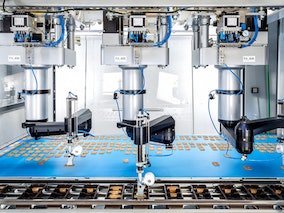 See the Feeding & Inserting Equipment page on this company's website. 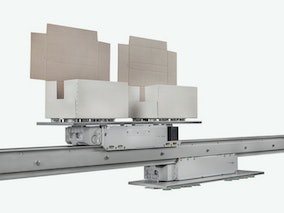 Schubert North America offers several highly specialized robots designed to handle many packaging applications. Highlights include the F2 robot, for carrying out applications for two-dimensional working fields such as erecting, filling and closing boxes. The F3 robot was developed to remove packaging materials from magazines, and features a three-axis design that allows for efficiency in carrying out tasks. The F4 robot is a four-axis pick-and-place robot which, in cooperation with the TLM Vision System, picks products from a continuously running product belt and groups them in a box, tray or on a Transmodul – a Schubert-built robot marketed as the world’s first transport robot for packaging machines. Other robots include the T4 and T5 robots, which are Delta robots developed specifically for performing packaging tasks in restricted spaces.

See the Robot Manufacturers page on this company's website. 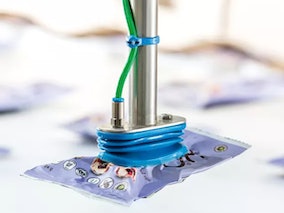 Schubert end-of-arm tools are designed to handle a wide range of products and packages. Schubert’s tool development experts draw on their many years of expertise in designing modular grippers and suction cups that meet current as well as future requirements factoring in product and size changes. Pick-and-place robotic tools handle and load products and packages of all sizes ranging from small tubes, fragile cookies, cakes and pastries to shrink wrapped multipacks and multipack trays. Other applications for Schubert’s tooling include erecting of folding boxes, folding cases and carton blanks; filling liquids; and closing of boxes, tubes, cans and cups.

See the End-of-Arm Tooling page on this company's website. 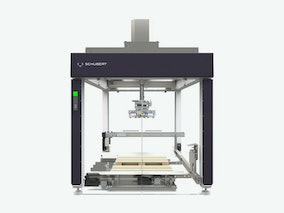 Schubert offers several models of TLM brand sub-machines – self-contained, fully functional machines that incorporate one function of a complex packaging machine – including the TLM palletizer. The TLM palletizer can be used to place finished packs straight onto a shipping or storage pallet. The P4 robot unit takes the packages from Schubert’s Transmodul transport robot and places them on pallets at a maximum rate of 15 cycles/min. With a lifting power of 100 kg, the P4 can grip several packages at the same time.

See additional companies in these categories: